Smith’s textbook, What Media Classes Really Want To Discuss (Routledge), was released in 2010. His other books include Beautiful TV: The Art and Argument of Ally McBeal (Texas 2007), Film Structure and the Emotion System (Cambridge 2003), and two edited volumes:  On a Silver Platter: CD-Roms and the Promises of a New Technology (NYU 1999), and Passionate Views: Film, Cognition, and Emotion (Johns Hopkins 1999, with C. Plantinga). His research has been published in Cinema Journal, Quarterly Review of Film and Video, Television and New Media, Journal of Popular Film and Television, Animation Journal, Journal of Film and Video, Projections, and in multiple anthologies.

Dr. Smith has recently presented his work at conferences in Australia, Great Britain, and Germany.  He is currently at work on a book project that will examine narrative and aesthetics in contemporary comics.

Greg M. Smith, “Will Eisner:  Vaudevillian of the Cityscape,” in Comics and the City: Urban Space in Print, Picture, and Sequence, edited by Jorn Ahrens and Arno Meteling (Continuum, 2010). 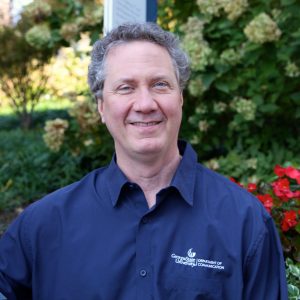