Robbie Land works in a variety of mediums – specifically utilizing digital media with 16mm and 35mm film to produce experimental animation and live action films. He has worked on a variety of projects as cinematographer and sound engineer in both studio and field production, science documentaries, music videos, television commercials and feature films. This includes working with PBS, Good Machine Productions and The Kitchen in New York and The Florida Lightning Research Facility. 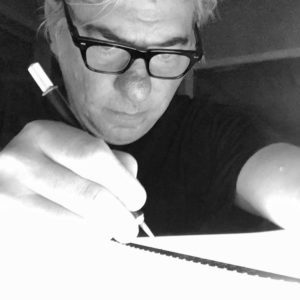