Dr. Harper Cossar is is the course director for both of the introductory Film, Media and Theater courses (FLME 1010 and FLME 2700). His publications include his book, Letterboxed: The Evolution of Widescreen Cinema (2010).

His essays have appeared in Convergence Media History (2009),The Screen Media Reader: Culture, Theory, Practice (2017), Journal of Film and Video, Quarterly Review of Film and Video and the Journal of New Media and Culture. His research interests include the aesthetic and formal poetics across media platforms, mediated sports coverage, technology and culture, and the interplay of authorship and genre. 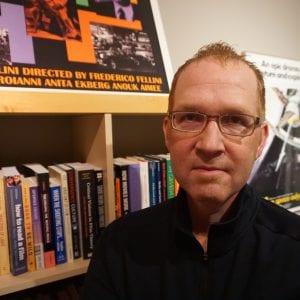