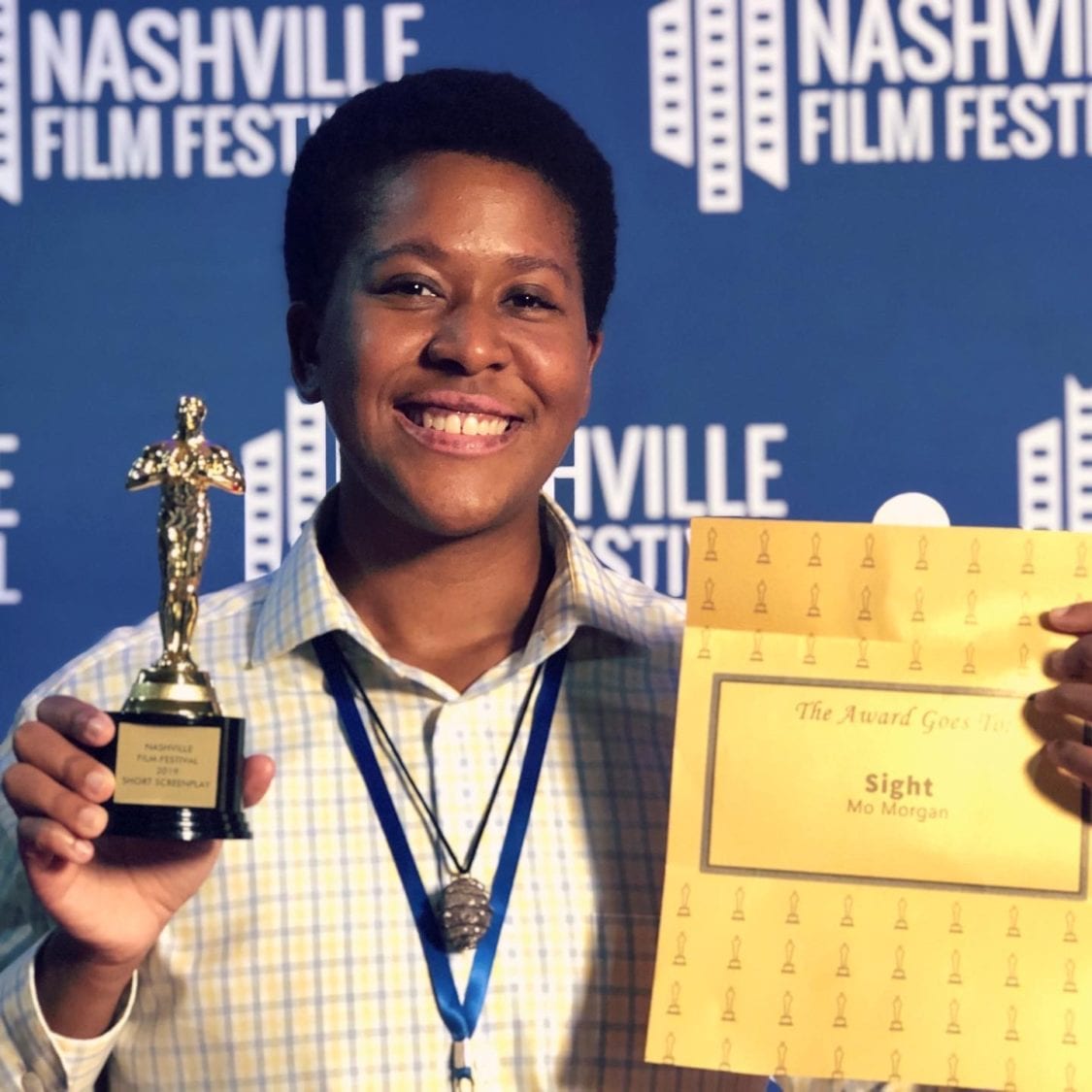 You may know Nashville for its Opry Land, country music and hot chicken but you may not have known that is has a long-running festival currently in its 50th year. Atlanta will always show up and show out as we are proud to congratulate second year MA Film Production student Mo Alexand Morgan for taking home the prize for Best Short Screenplay for their original script “Sight” at this year’s 50th annual Nashville Film Festival.

““Sight” was born out of my interest in Traditional African Religions and my love for the horror genre. The protagonist connects spiritually with an ancestor, and they work together to overcome a supernatural manifestation of racism & white supremacy,” says Mo.

The main protagonist in the film, Danielle, is a black videographer hired to film an interview with the descendant of a plantation’s antebellum owner. Danielle’s presence, and her client’s prejudice, opens access for the spirit of his ancestor to possess him. With the help of the spirit of a medium formerly enslaved there, Danielle must tap into her own latent gifts to protect herself and settle an old score between the spirits.

this was not the first win for the script as it won Best Screenplay for the Southern Sunset Undergraduate Film Festival in 2018.

The screenplay submission was not part of an assignment for any course, but the concept was developed in former FMT instructor Patrick Mulvihull’s Short Screenwriting class Fall 2017

Mo traveled to Nashville with fellow students Gabriela McNicoll and Joseph Skillas whose short documentary “Weapon”, made in collaboration with other GSU Film students, about school gun violence and The March for Our Lives also screened at the festival.

The School of Film, Media & Theatre is an incubator for new and emerging talent. The curriculum at both the graduate and undergraduate levels aim to provide variety while targeting student interests, strengths and building on those strengths to create the next generation of creative change-makers.